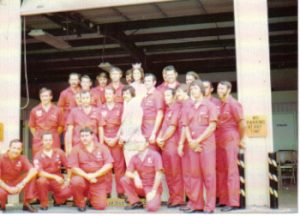 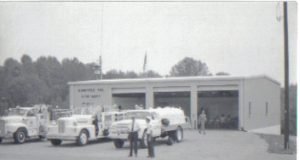 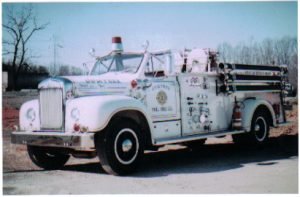 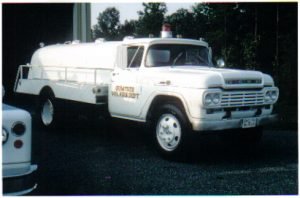 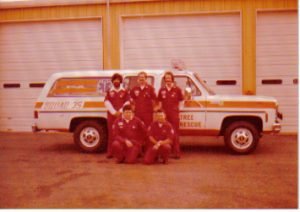 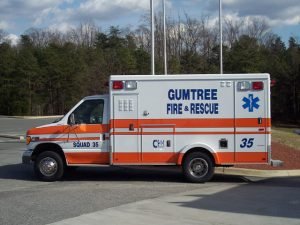 Gumtree Fire & Rescue Inc. is located in Northern Davidson County. We provide fire, medical, and rescue services to an area of 6.5 square miles. We serve both Davidson County and Forsyth County.
Conception for the department began in late 1973, when members of the Cedar Estates Civic Club were concerned about having fire protection. They began to have meetings and fund raisers to help form the fire department. The department was originally formed from 24 members of the community. They held their first meetings in a building behind Stuart's Three-Way grocery at the intersection of Old Thomasville Road and Gumtree Road. In 1974 the members started looking at plans to build a new fire station.

The initial plan was for the station to be built on a 2 1/2 acre tract of land at the corner of Gumtree Road and Cedar Drive. After review of the restrictions of the subdivision, the members were going to have to get 100% of the citizens of the Cedar Estates subdivision to sign a petition to allow the fire station to be built at this location. They were unable to get the needed signatures to build the station at this location, so plans were scrubbed and a new search for land began. A tract of land was then located on Gumtree Road and the members were able to acquire it from Mildred McIntyre. A contract was awarded to McNair construction to construct the $30,000 metal structure. The initial plans were for the building to have four bays, and one of the bays was to be used for offices, and the other three for apparatus with a planned community center addition later. In October of 1974 ground was broken for the new fire station at its current location.

In 1976 the department expanded its services to include medical response. The squad served the communities of Gumtree, Midway, & Wallburg. At the time all 24 members of the department received training in advanced first-aid and four members were receiving training as Emergency Medical Technicians. The first squad was purchased with donations from the community. The department's first Squad officers were Ron Estes (Captain), Barry Reavis (Lieutenant), & Henry Idol (Lieutenant).

In May of 1977 the Gumtree Fire Department led by Fire Chief Ken Berrier joined forces with the Midway Jaycees to further the department's rescue capabilities. The Midway Jaycees set up a raffle with the proceeds to go to benefit Gumtree Fire Department and its efforts to purchase the Hurst "Jaws of Life". The raffle raised $650 to go towards the purchase of the rescue tool. The department also received a grant from the Z. Smith Reynolds Foundation in the amount of $4000 to help purchase the "Jaws of Life".

In 2002 the department’s rescue vehicle was certified by the State rescue association as a Medium Rescue unit. To achieve this certification the department had to receive specialty training in rescue tactics and obtain certain equipment. The truck is now capable of performing rope rescue, vehicle extrication, confined space rescue, small structural collapses and some water rescue. In the earlier days of the rescue truck, vehicle extrication was the primary concern, but like all things over time the scope of work had to be expanded to provide quality service to the citizens.
The department was graded in 2002 by the North Carolina State Fire Marshals office for its current insurance rating. We received an ISO rating of 5 with this grading. Prior to receiving this grade the department was a 6/9 rating. This rating is what the insurance companies use to determine the rate that homeowners will have to pay for insurance. The worst rating you can have is a 9 and the best is a 1. This rating is based on several things, which includes training, personnel response, and various equipment carried by the department.

A major achievement in 2002 was the implementation of a daytime paid program. Daytime response for a volunteer department is difficult due to work schedules. The response time to incidents during the daytime hours was 6 minutes prior to manning the station during the day and 4 minutes after the program took affect.

In 2006 the board of directors began to look at the facility we had, and possible needs for the future. At this time there was a feasibility study conducted to see what options we had. This study was performed by Stewart-Cooper-Newell architecture. After a few months they presented the board with options. The options were to remodel and expand our current facility, knock down the current facility and start over, or purchase land and build a new facility. The most cost effective decision was to remodel and expand our current facility. The decision to go forth with the expansion and remodel was voted on in mid 2008 after a loan was secured from the Local Government Credit Union. In November 2008 Dansel Construction began the construction project of the facility. The project was completed in September 2009.

On September 26th, 2009, an open house and dedication of the new facility was held with several county officials, former chiefs, representatives from the State Fire Marshals Office, and citizens of the community present. The facility now has bedrooms, shower facilities, and room for growth. The community has continued to grow and the department had to grow also to continue to provide the best service that it could.

In November 2009 a resident firefighter program was established to provide more efficient response to incidents. This program allows a firefighter to stay at the department during specified times, while receiving no compensation, other that utilities, in exchange for response to calls. This has improved our response times from in excess of 6 minutes to 3 minutes.

The department has 38 dedicated firefighters, 9 youth explorers, 21 auxiliary members, and 10 board members. We are pleased to have our youth explorer Post 2035 registered with the Boy Scouts of America, and enjoy watching their excitement in helping the community. All members are dedicated to serving their community, and wish to thank everyone who has supported the organization.