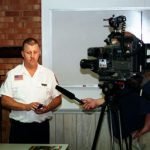 On October 27, 2000 , Volunteer Firefighter Gary Glenn Butner was driving his son to the local Junior High School. As they neared the school they saw a large ball of fire going up through the trees ahead of them.  Around the curve he found two cars that had collided head on in the middle of the curve. One car was fully involved and he could see an individual in the other car who was not moving. As a Firefighter, Gary knew that he did not have time to wait for the fire trucks. As he approached the cars, one car was burning very hot and he could hear someone in that car moaning as it burned. He knew he would not be able to help the victim in the burning car but he could save the woman in the other car, which was beginning to burn. The metal was very hot on the jammed door. He pulled and kicked the door until it opened. He pulled the unconscious woman out and carried her across the road to safety. She was removed to the hospital and within a couple of weeks returned home with head injuries, neck and back pain, and a few broken bones. The sixteen year old girl in the other vehicle died at the scene.

Gary was awarded $100, and placed into the National Firefighter Hall of Heroes for his service. 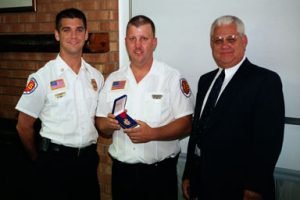 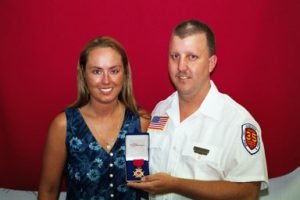 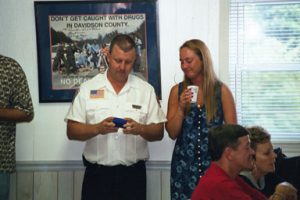